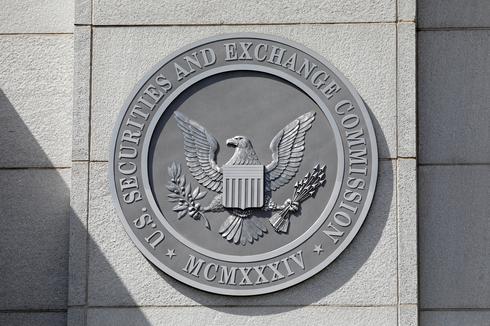 A U.S. Supreme Court decision to curb the Environmental Protection Agency’s power to regulate greenhouse gas emissions may be bad news for a Securities and Exchange Commission (SEC) bid to force companies to disclose their emissions.

While Thursday’s ruling relates to the EPA’s authority to regulate power plant emissions, legal experts said it raises questions about the authority of fellow federal agencies and suggests the court may block other efforts to ink major rules.

That could be a setback for the SEC, which is drafting a contentious new rule requiring public companies to disclose their direct and indirect greenhouse gas emissions. The SEC says investors need the data to make informed decisions, while corporate groups say the rule is overly onerous and costly.

The Supreme Court’s ruling was based on the “major questions” a legal doctrine that requires explicit congressional authorization for action on issues of broad importance and societal impact.

“The basis for the decision is essentially applicable across all the regulatory agencies and we’d expect many actions by the SEC and other financial federal regulators to quickly become bullseyes for corporate America,” said Dennis Kelleher, chief executive of the Wall Street watchdog Better Markets. The SEC climate rule was “an obvious potential early target” for such legal challenges, he added.

Some advocates for the rule argued on Thursday that the Supreme Court ruling should not stop the SEC from proceeding because its proposal is well within the SEC’s remit, authorized by Congress, to regulate corporate disclosures, and did not meet the bar as having broad importance and societal impact.

Yet even before Thursday, powerful corporate groups including the U.S. Chamber of Commerce had argued in comments to the SEC that the proposal, unveiled in March, was unprecedented in its scope and complexity and, as such, exceeded the SEC’s authority.

Some of the most pointed criticism for the rule, however, has come from Republican politicians, who say efforts to address environmental and other social issues are best left to elected leaders, not businesses.

On Thursday, Senator Patrick Toomey, the top Republican on the Senate Banking Committee, singled out the SEC rule when asked by Bloomberg TV about the implications of the Supreme Court ruling for other agencies.

The SEC is “attempting to impose this whole climate change disclosure regime … with no authority from Congress to do that,” he said.

The agency has received much support for the rule, including from Democratic U.S. Senators and from the California Public Employees’ Retirement System, the largest U.S. pension fund.

Still, some former SEC lawyers said Thursday’s ruling would undoubtedly embolden opponents of the rule, some of whom had already signaled they may pursue the issue in the courts.

“Even before, it was clear that the SEC might have had a difficult time escaping judicial skepticism about the scope of agency authority to act in the climate area,” said Howard Fischer, a partner at Moses & Singer.

“The SEC’s argument that climate risk is finance risk is not likely to find a sympathetic ear at the Supreme Court.”