U.S. GDP accelerated at a 2.6% pace in Q3, better than expected as growth turns positive 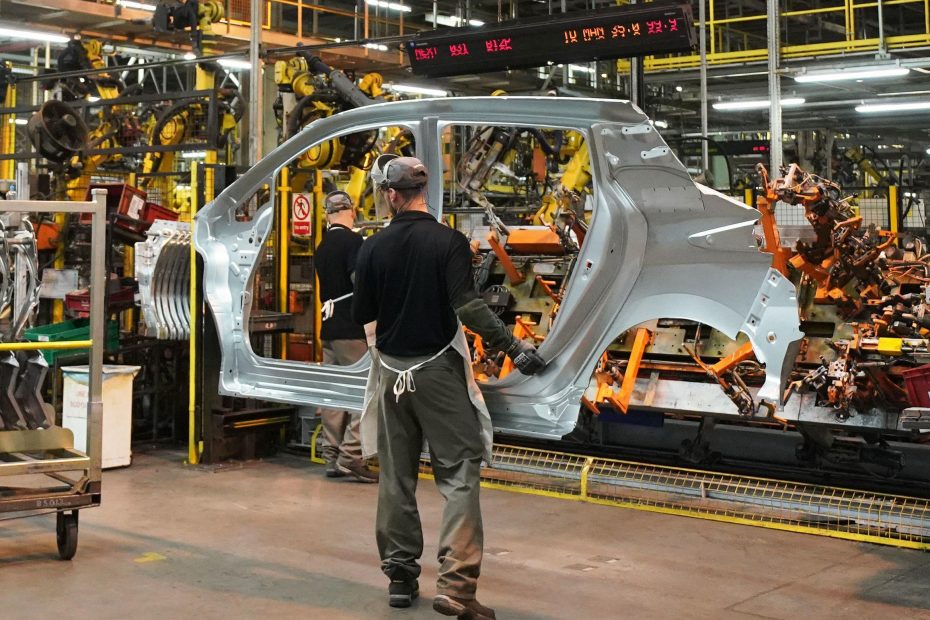 The U.S. economy posted its first period of positive growth for 2022 in the third quarter, at least temporarily easing recession fears, the Bureau of Economic Analysis reported Thursday.

GDP, a sum of all the goods and services produced from July through September, increased at a 2.6% annualized pace for the period, according to the advance estimate. That was above the Dow Jones forecast of 2.3%.

That reading follows consecutive negative quarters to start the year, meeting a commonly accepted definition of recession, though the National Bureau of Economic Research is generally considered the arbiter of downturns and expansions.

The growth came in large part due to a narrowing trade deficit, which economists expected and consider to be a one-off occurrence that won’t be repeated in future quarters.

GDP gains also came from increases in consumer spending, nonresidential fixed investment, and government spending. The report reflected an ongoing shift to services spending over goods, with spending on the former increasing by 2.8% while goods spending dropped by 1.2%.

“Overall, while the 2.6% rebound in the third quarter more than reversed the decline in the first half of the year, we don’t expect this strength to be sustained,” wrote Paul Ashworth, chief North America economist at Capital Economics. “Exports will soon fade and domestic demand is getting crushed under the weight of higher interest rates. We expect the economy to enter a mild recession in the first half of next year.”

Markets were higher following the release, with the Dow Jones Industrial Average gaining more than 300 points in early trading on Wall Street.

In other economic news Thursday, weekly jobless claims edged higher to 217,000 but were still below the 220,000 estimates. Also, orders for long-lasting goods increased by 0.4% in September from the previous month, below the 0.7% expectation.

The report comes as policymakers fight a pitched battle against inflation, which is running around its highest levels in more than 40 years. Price surges have come due to a number of factors, many related to the Covid pandemic but also pushed by an unprecedented fiscal and monetary stimulus that is still working its way through the financial system.

The underlying picture from the BEA report showed an economy slowing in key areas, particularly consumer and private investment.

Consumer spending as measured through personal consumption expenditures increased at just a 1.4% pace in the quarter, down from 2% in Q2. Gross private domestic investment fell 8.5%, continuing a trend after falling 14.1% in the second quarter. Residential investment, a gauge of homebuilding, tumbled 26.4% after falling 17.8% in Q2, reflecting a sharp slowdown in the real estate market.

On the plus side, exports, which add to GDP, rose 14.4% while imports, which subtract, dropped 6.9%. Net exports of goods and services added 2.77 percentage points to the headline total, meaning GDP essentially would have been flat otherwise.

There was some good news on the inflation front.

The chain-weighted price index, a cost-of-living measure that adjusts for consumer behavior, rose 4.1% for the quarter, well below the Dow Jones estimate for a 5.3% gain, due in large part to falling energy prices. Also, the personal consumption expenditures price index, a key inflation measure for the Federal Reserve, increased by 4.2%, down sharply from 7.3% in the prior quarter. Core prices, excluding food and energy, increased 4.5%, about in line with Wall Street expectations.

Earlier this year, the Fed began a campaign of interest rate hikes aimed at taming inflation. Since March, the central bank has raised its benchmark borrowing rate by 3 percentage points, taking it to its highest level since just before the worst of the financial crisis.

Those increases are aimed at slowing the flow of money through the economy and taming a jobs market where openings outnumber available workers by nearly 2 to 1, a situation that has driven up wages and contributed to a wage-price spiral that economists fear will tip the U.S. into recession.

“Our concerns about going into recession would not necessarily be from any of this data. It comes more from how much the Fed cranks up rates and what happens when firms and consumers respond to this,” said Luke Tilley, chief economist at Wilmington Trust.

The Fed is widely accepted to approve a fourth consecutive 0.75 percentage point interest rate hike at its meeting next week but then might slow the pace of increases afterward as officials take time to assess the impact of policy on economic conditions.

“The Fed will continue to err on the side of overtightening, which is reasonable given the desire to mitigate the risk of inflation becoming entrenched at high levels,” said Preston Caldwell, head of U.S. economics for Morningstar. “After December, we’re likely to see the pace of tightening slowly quite dramatically.”

Policymakers will get another, more current look at inflation data when the BEA releases a report Friday that will include personal consumption expenditure prices for September. That measure is expected to show that core prices excluding food and energy rose 5.2% from a year ago and 0.5% on a monthly basis.