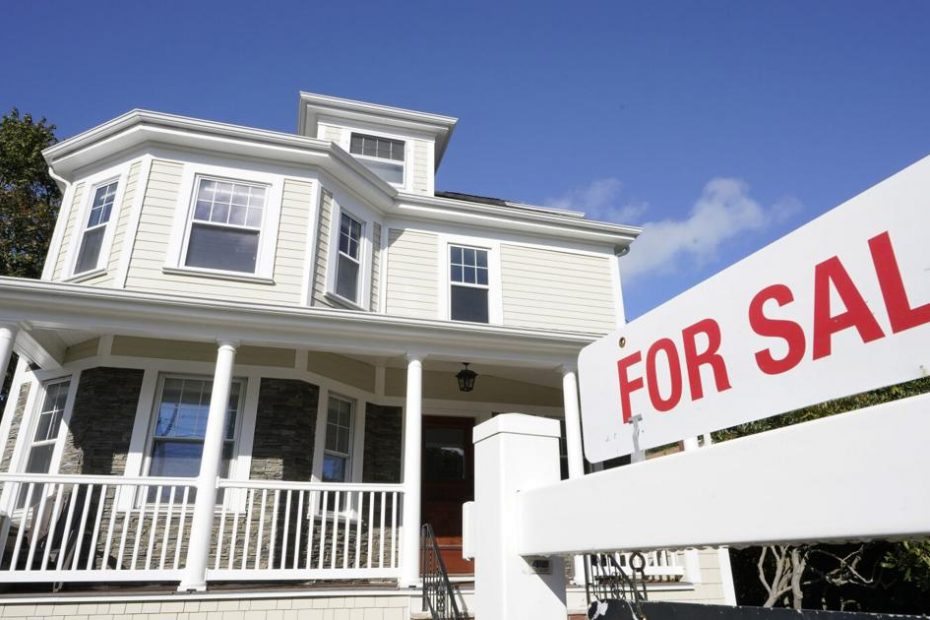 Sales of existing U.S. homes slid for an eighth straight month in September and will likely fall further in the months ahead as the housing market continues to stand out as the economic sector absorbs the hardest hit from the Federal Reserve’s aggressive interest rate hikes.

The broadly weak report from the National Association of Realtors on Thursday stood in contrast with another strong reading of the U.S. job market, with the Labor Department reporting an unexpected drop last week in the number of people seeking unemployment benefits for the first time.

The two reports illustrate the uneven impact seen so far from the swiftest series of Fed rate hikes in at least four decades.

The rate-sensitive housing market, which rocketed during the pandemic on then-low borrowing costs and demand for more living space during COVID-19 restrictions, has been broadsided by the increases as rates on the most popular form of home loan soar to near 7% – the highest in 20 years. But other areas of activity, from the job market to consumer spending, have shown little effect so far, indicating the Fed still may have work to do to lower the overall demand that is keeping price pressures elevated.

The U.S. central bank has raised its benchmark overnight interest rate from near zero in March to the current range of 3.00% to 3.25%, and that rate is likely to end the year in the mid-4% range, based on Fed officials’ own projections and recent comments.

Existing home sales fell 1.5% to a seasonally adjusted annual rate of 4.71 million units last month, the NAR said. Outside of the short-lived plunge during the spring of 2020, when the economy was reeling from the first wave of COVID-19, this was the lowest sales level since September 2012.

Economists polled by Reuters had forecast sales would decrease to a rate of 4.70 million units. On a regional basis, sales fell in the Northeast, Midwest, and South and were unchanged in the West.

Home resales, which account for the bulk of U.S. home sales, decreased by 23.8% on a year-on-year basis.

Data this week showed confidence among homebuilders eroding for the 10th straight month in October, and ground-breaking for new single-family home projects tumbled to the lowest level in more than two years in September.

Mortgage rates, which move in tandem with U.S. Treasury yields, have soared even higher. The 30-year fixed mortgage rate averaged 6.94% in the latest week, the highest in 20 years, up from 6.92% in the prior week, according to data from mortgage finance agency Freddie Mac.

NAR Chief Economist Lawrence Yun said the September sales numbers don’t reflect the latest surge in mortgage rates, which have climbed roughly a percentage point in a month. As a result, he expects the sales rate to decline further in the months ahead, perhaps to as low as 4.5 million annually, which would be roughly 4% to 5% lower than the current sales pace.

Though house price growth has slowed as demand weakened, tight supply is keeping prices elevated. The median existing house price increased 8.4% from a year earlier to $384,800 in September. There were 1.25 million previously owned homes on the market, down 0.8% from a year ago.

“The details of the report suggest that housing is no longer a sellers’ market,” Aneta Markowska, a chief financial economist at Jefferies, wrote. “Until this summer, home prices continued to rise despite declining demand; likely because supply was also muted. However, the balance of power is finally shifting from sellers to buyers.”

Meanwhile, few indications have surfaced so far that the labor market is loosening significantly or that employers are shifting into job-cutting mode.

Initial claims for state unemployment benefits fell unexpectedly by 12,000 to a seasonally adjusted 214,000 for the week ended Oct. 15, the Labor Department said. Data for the prior week was revised to show 2,000 fewer applications filed than previously reported. Economists polled by Reuters had forecast 230,000 applications for the latest week.

The government reported earlier this month that job openings dropped by 1.1 million, the largest decline since April 2020, to 10.1 million on the last day of August. But economists do not expect widespread layoffs, saying companies were wary of releasing their workers after difficulties hiring in the past year as the pandemic forced some people out of the workforce, partly due to prolonged illness caused by the virus.

The claims report showed the number of people receiving benefits after an initial week of aid, a proxy for hiring, increased from 21,000 to 1.385 million in the week ending Oct. 8. So-called continuing claims have not strayed materially from that level for roughly six months and remain 400,000-500,000 below the level that prevailed before the pandemic.

“Even as the economy slows, employers appear to be reluctant to lay off workers that they have struggled to hire and retain,” Nancy Vanden Houten, lead U.S. economist at Oxford Economics, wrote in a note to clients. “We don’t look for claims to fall much below current levels, but we don’t look for a significant rise in claims or unemployment either until we enter a recession in 2023.”