The average American may spend nearly $1,500 on the holidays 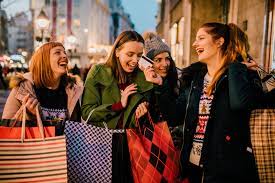 ’Tis the season to be spending.

Holiday retail sales are predicted to soar as high as $960 billion, according to the National Retail Federation. In 2021, overall holiday spending reached a record $889 billion.

Americans are expected to spend about $1,455 each this season, according to Deloitte’s latest study. That’s around the same as last year’s average of $1,463 per person.

For the calculations, WalletHub used data from a number of agencies, including the U.S. Census Bureau, the U.S. Bureau of Labor Statistics, and the IRS.

Here’s a look at the 10 cities where Americans can afford to spend the most on holiday gifts:

How to avoid overspending

For many Americans, higher budgets may be needed to keep up with rising costs.

The prices of popular holiday staples, including toys and gift wrap, have increased substantially compared with last year.

In fact, about half of shoppers cite higher costs as the reason they’ll be spending more this year, Deloitte reports. But there are still ways to avoid overspending.

“Budgeting a certain amount for a given holiday is the best way to control expenses,” Sampath K. Kumar, Ph.D., and professor of marketing at the University of Wisconsin-Green Bay tell WalletHub.

Try opting for cash instead of credit cards, Kumar says. That way, you’ll be forced to stop when the cash runs out, avoiding spending more than you planned.

If you do choose to use a credit card for your holiday purchases, set up spending limits. That way, if you pass that limit, you’ll start receiving notifications.

And remember the age-old adage: It’s the thought that counts. “Gifts are symbolic measures of love,” Kumar says. “A flower conveys love as efficiently as a jewel does.”