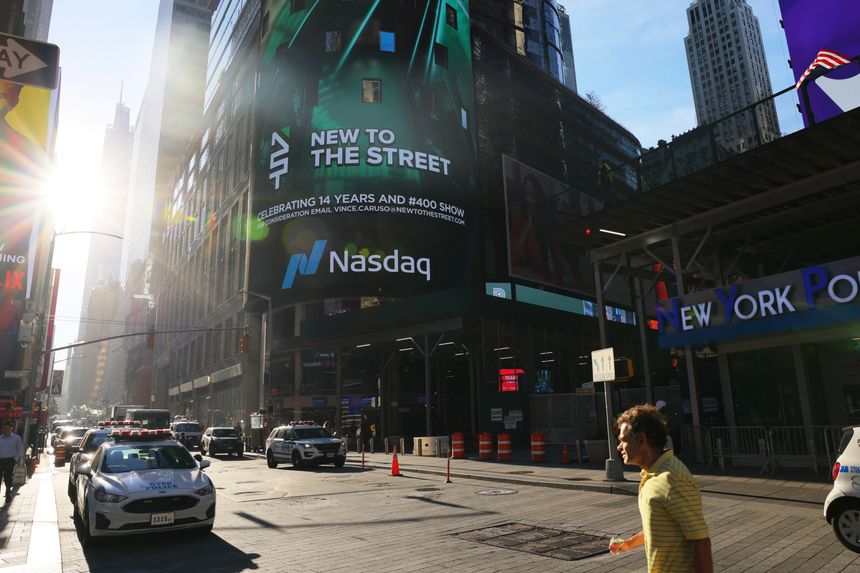 Tech startups are plunging in value in private trades, mirroring the big markdowns of their publicly listed brethren over the past year.

Before companies go public, their shares are often traded by employees, founders, and institutions in secondary deals. The trades allow existing holders to cash out before a startup goes public, and buyers to make new investments or add to existing holdings.

Private valuations are typically slower to adjust than public ones. That is because startup holdings trade less frequently, and owners are reluctant to accept lower prices which might mean selling at a loss or writing down the value of their remaining holdings.

Many startups held on to lofty valuations for months after the technology-heavy Nasdaq Composite began to sell off in November 2021. However, the market’s resilience started to wane this summer, as venture-capital firms and hedge funds began to unload to make up for losses in their public holdings.

People involved in the trades say they are seeing discounts from around 30% to 40% to as much as 80% off valuations from earlier fundraisings. With many companies putting plans to raise new funds or go public on hold due to weak markets, secondary deals have become a key gauge of investor appetite.

Secondaries trading was almost nonexistent from March to July, market participants say. Now, some prospective buyers are tiptoeing back into the market, looking for bargains as they bet the selloff has bottomed. Meantime, regular stock markets have staged a modest comeback, with the Nasdaq Composite ending Monday more than 7% above its mid-October closing low.

Citing the discounts in July, Mr. Miller said a record volume of shares, topping $150 million in total value, traded on his platform in the third quarter. He said that eclipsed the previous record set in the fourth quarter of 2021.

Wealth-management software provider Addepar Inc. is one of the companies that has repriced. One buyer accumulated stock in seven separate trades in September and October at prices that valued the Silicon Valley-based company at valuations of $1.7 billion and $1.8 billion. That is down from trades in December at a $2.5 billion valuation, Mr. Miller said.

Unicorns Exchange isn’t the only venue where shares are being offered at reduced valuations. Mirai Capital, another secondary network, has several sellers looking to unload stakes at discounted prices to previous rounds, trading information viewed by The Wall Street Journal showed.

The markdowns can be striking. Shares in ByteDance, the company behind TikTok, traded privately at a $450 billion valuation last year, Mr. Miller at Unicorns Exchange said. Recent offers imply a valuation of $220 billion to $260 billion, he added.

The comedown was to be expected after years of fundraising at overheated levels, said Itamar Har. Even, co-founder of Ion Pacific, a New York and Hong Kong-based firm that invests in secondaries. Mr. Har-Even said firms with especially inflated valuations above a billion dollars “are the ones that are really getting hit in the secondary market.”

U.S., Chinese, and Indian consumer-internet companies are being aggressively remarked, Mr. Valenzuela added. “Too much got priced around the benefit of the pandemic,” he said.

Some similar pullbacks are evident in disclosures by large asset managers. Between September 2021 and June this year, a T. Rowe Price Group Inc. fund slashed the valuation of its Stripe shares by more than half. A Fidelity Investments fund valued its shares in Instacart Inc. this July at 55% less than it did in October 2021. Stripe and Instacart themselves earlier this year cut an internal valuation often used to price stock options for employees, The Wall Street Journal reported.

Some investors are betting that recent markdowns were too steep. For instance, the buy-now, pay-later company Klarna tapped investors in July for new funds at a $6.7 billion valuation, far less than it was worth last year. By September and October, secondary trades were valuing it at as much as $9 billion, a 34% uplift.

Others think there is further to fall. Christian Vogel-Claussen, who runs London-based Alanda Capital Management Ltd., says he has seen discounts of 40% to 70%. He hasn’t bought any stock in secondary deals yet, though, saying he prefers to wait for prices to drop another 10% to 15%. He expects to pull the trigger in the first half of next year.