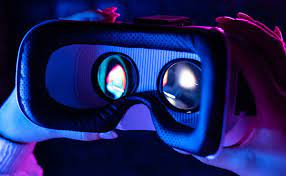 At least 16 special-purpose acquisition company tie-ups have been
announced so far in May, the most since December, chipping away at a
backlog of nearly 600 SPACs that need something to buy. Almost half
the targets aren’t expected to be profitable this year, according to
merger presentations, which could hurt their prospects in a sector
that’s been one of the market’s worst performers.

The deals have a combined enterprise value of about $15 billion, with
micro-amusement park operator Two Bit Circus Inc. and zSpace Inc., a
startup provider of augmented and virtual reality platforms, among the
smallest targets at less than $200 million each.

While the deals might be taken as a sign that blank checks are
breaking their logjam, they’re just a dent in the more than $160
billion of target-needy SPACs, data compiled by SPAC Research show.
The ones with profitless prospects also could feed concerns that SPACs
will buy less-than-ideal candidates as acts of self-preservation.

SPACs are called blank checks because they raise money through a
public offering with the goal of buying a private business that will
be identified later. They have a limited time to complete a deal,
typically about two years. If they don’t, the company must return the
cash to shareholders, managers can lose their jobs and the sponsors
can lose their entire investment.

Among this month’s deals:

Alpine Acquisition Corp., which debuted a year ago, is buying Two Bit
Circus along with hotels owned by Atrium Hospitality LP and wrapping
them together to create “an immersive story experience woven
throughout the entire resort.” Completion is expected in the third
quarter; they’re projecting positive net operating income in the first
year.
Tuscan Holdings Corp. II ditched plans to take a cannabis company
public, striking a deal instead with Surf Air Mobility Corp., a
membership-based operator of private planes with plans to rely on
electric engines. To get the deal done, Tuscan is seeking to extend
the deadline on its original lifespan for the fifth time. The combined
company projects it will generate $100 million in revenue for 2022
from all business units.
zSpace’s tie-up with EdtechX Holdings Acquisition Corp II was
announced about a month before the SPAC’s June deadline. Its sponsors
are planning to offer extra cash to shareholders to compensate them
for however long the deal is held up.
Near Intelligence Holdings Inc.’s planned takeover by KludeIn I
Acquisition Corp. came six months after reports surfaced about a bid
for the provider of consumer behavior data. The deal was signed in
less than two months until the SPAC’s deadline was set to run out.
Near forecasts positive adjusted Ebitda as early as 2024.

Traders have soured on firms that went public via the SPAC merger,
particularly those without proven business models or that are years
from generating a profit. The De-SPAC Index, which tracks 25 companies
that have completed such deals, is down 52% this year.

Industry malaise drove at least 18 sponsors to withdraw or abandon
filings for new SPACs this month, leaving 147 blank-check firms
waiting in the wings to go public. Two SPAC’s that are currently
trading have announced they will close shop and return cash to
investors after being unable to find a deal.