OPEC+ was rebuked by the U.S. after cutting output to keep prices high 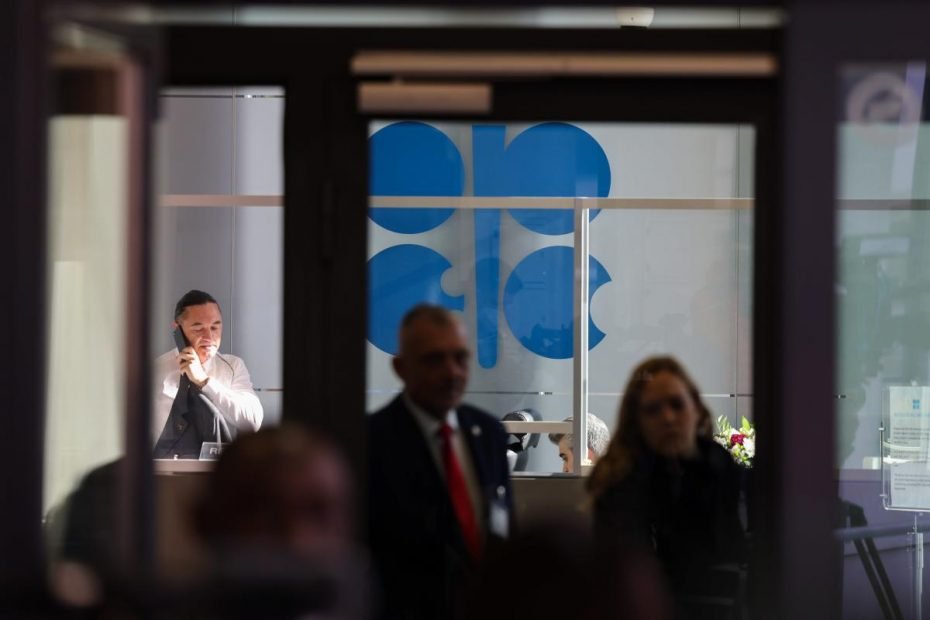 OPEC+ agreed to make a large production cut to keep oil prices high, drawing an immediate rebuke from the U.S.

The move was defended by ministers from the producer’s group as necessary to protect the oil industry and their own economies from the risk of a global slowdown. The White House slammed the decision and indicated that it would respond to the supply reduction.

The Organization of Petroleum Exporting Countries and its allies agreed on Wednesday to reduce their collective output by 2 million barrels a day from November. The outdated production baselines used to measure the curbs mean that the actual oil supply will only fall by about half that amount, but it’s still the biggest cut since 2020 that risks adding another shock to the world’s economy.

Brent crude, the international benchmark, jumped as much as 2.4 percent to a two-week high of US$93.96 a barrel.

“The president is disappointed by the shortsighted decision by OPEC+ to cut production quotas while the global economy is dealing with the continued negative impact of Putin’s invasion of Ukraine,” the White House said in a statement after the meeting.

Earlier on Wednesday, U.S. officials were making calls to counterparts in Gulf Arab states trying to discourage the production cuts, according to people familiar with the situation. President Biden has long been campaigning for OPEC+ to boost output, visiting Saudi Arabia earlier this year in search of lower pump prices for Americans ahead of midterm elections in November.

The White House’s national security adviser, Jake Sullivan, and National Economic Council Director Brian Deese said in the statement that the U.S. would release another 10 million barrels of oil from the Strategic Petroleum Reserve in November, and that “the president will continue to direct SPR releases as appropriate to protect American consumers and promote energy security.”

In addition to the cuts that will take effect in November, OPEC+ extended its cooperation agreement until the end of 2023. The supply curbs will remain in place until the end of next year, unless the market changes, said Saudi Energy Minister Prince Abdulaziz Bin Salman.

After the meeting, Nigerian Minister of State for Petroleum Resources Timipre Sylva was frank about the group’s motivation for cutting output.

“OPEC wants prices around US$90,” Sylva said in an interview with Bloomberg. “It would destabilize some economies” if crude fell below that level, he said.

Other ministers, including United Arab Emirates Energy Minister Suhail Al Mazrouei, said they were motivated by a desire to increase investment in the oil industry in order to guarantee sufficient supplies in the future.

The cut of 2 million barrels a day will be measured against the same baseline as the previous OPEC+ agreements. Several member countries are already pumping well below those levels as their oil industries face various challenges, ranging from long-term underinvestment to international sanctions.

That includes Russia, for which the new daily crude quota of 10.5 million barrels a day is about 500,000 barrels above its September output. A move to cap the export price of Russian oil could lead to a further temporary cut in the country’s production, Deputy Prime Minister Alexander Novak said in an interview.

“The lack of details and the lack of clarity” about how policies like the price cap will be implemented, and how other participants in the oil market will react, mean the coming two months will be “a period of uncertainty,” Prince Abdulaziz said in an interview with Bloomberg TV.

The Saudi minister said he hoped the trajectory of the world economy would become “clearer and brighter.” Yet the supply curbs announced by OPEC+ may not protect its members from a slowdown in the way they want, said Ole Hansen, head of the commodity strategy at Saxo Bank A/S.

“This decision risks agitating the U.S. while potentially leading the FOMC to keep tightening for longer as inflation will become more sticky,” Hansen said. “The result being a stronger dollar, higher bond yields, and a global economic slowdown that may end up taking longer to reverse.”