Key tax and retirement provisions in the Secure 2.0 Act 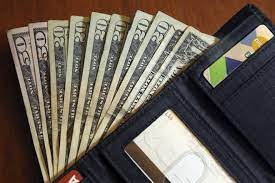 The Consolidated Appropriations Act, 2023, P.L. 117-328, enacted on Dec. 29 included (as its Division T) the Secure 2.0 Act, which contains several retirement and tax provisions. The Secure 2.0 provisions mostly focus on expanding coverage, increasing retirement savings, and simplifying and clarifying retirement plan rules, but there are other changes included as well.

Many tax items that have been proposed or discussed recently were not included in the act, including extensions of various expired or expiring provisions.

Here is a discussion of the major provisions of the Secure 2.0 Act.

The act creates a new Sec. 414A, under which all Sec. 401(k) and 403(b) plans will have to provide for automatic enrollment of eligible employees (i.e., they must be an eligible automatic contribution arrangement under Sec. 414(w)(3)). Such plans must also meet three requirements:

For multiemployer plans, the automatic enrollment requirements are applied separately to each employer.

The automatic enrollment provision is effective for plan years beginning after Dec. 31, 2024.

The act provides an increase to the Sec. 45E credit for all or a portion of employer contributions to small employer pensions for the first five employer tax years beginning with the one that includes the plan’s start date. The amount of the small-employer pension credit would be increased by the applicable percentage of employer contributions on behalf of employees, up to a per-employee cap of $1,000. The applicable percentage is 100% in the first and second tax years, 75% in the third year, 50% in the fourth year, and 25% in the fifth year. No credit is available in the sixth and subsequent years.

Employers with 50 or fewer employees are eligible for 100% of the credit, which then phases out for employers with between 51 and 100 employees. No credit is allowed for employer contributions on behalf of an employee who makes more than $100,000 (adjusted for inflation after 2023).

The act adds a new Sec. 6433 that provides a matching contribution, up to $2,000, for any eligible individual who makes a qualified retirement savings contribution for a tax year, which the individual will claim as a tax credit. The match will equal 50% of the individual’s contribution for the tax year but will phase out for taxpayers with modified adjusted gross income above $41,000, for married taxpayers filing jointly; $30,750, for taxpayers filing as head of household; and $20,500, for single taxpayers (adjusted for inflation after 2027). Eligible individuals are anyone age 18 or older who is not a dependent or full-time student and who is not a nonresident alien.

The saver’s match is effective for tax years beginning after Dec. 31, 2026.

Increase in beginning age for RMDs

The act increases the applicable age at which beneficiaries must begin taking required minimum distributions (RMDs) from qualified retirement plans and annuity contracts as follows:

This increase applies to RMDs required to be made after Dec. 31, 2022, by taxpayers who reach age 72 after that date.

Credit for military spouses that participate in employer-defined contribution plans

The act creates a credit for small employers for each military spouse that starts participating in the employer’s eligible defined contribution plan (new Sec. 45AA). A small employer is defined as one with no more than 100 employees who earned at least $5,000 in the preceding year.

The annual credit amount is $200 for each military spouse who participates in the employer’s plan, plus the number of related employer contributions to the plan (but capped at $300 of contributions for any individual). A military spouse counts for purposes of the credit only in the tax year which includes the date they begin participating in the plan and the two succeeding tax years. “Military spouse” is defined as an individual who is married to a member of the uniformed services (as defined in 10 U.S.C. Section 101(a)(5)) serving on active duty. Highly compensated employees (within the meaning of Sec. 414(q)) are excluded from the definition of “military spouse.”

Small financial incentives for contributing to a plan

The act allows employers to provide de minimis financial incentives (not paid for with plan assets) to employees who elect to have their employer make contributions pursuant to a salary reduction agreement.

An employer is generally eligible to offer a starter 401(k) deferral-only arrangement if neither the employer nor a predecessor employer maintains another qualified plan for the year in which the determination is being made. Under the starter 401(k) deferral-only arrangement, each eligible employee must be treated (unless the employee elects otherwise) as having elected to have the employer make elective contributions in an amount equal to the applicable qualified percentage of compensation.

All employees of the employer must be eligible to participate in the arrangement other than those that do not meet the age and service requirements. The qualified percentage is determined under the terms of the arrangement, but must not be less than 3% or more than 15%, and it must be applied uniformly.

Similar rules apply to safe-harbor 403(b) plans for tax-exempt employers that do not already maintain a qualified plan.

The act increases the age limit before which an individual’s disability or blindness must have occurred from 26 to 46 in order for the individual to be eligible to establish and become the designated beneficiary of an achieving a better life experience (ABLE) account. The change is effective for tax years beginning after Dec. 31, 2025.

Previously, Sec. 401(k) plans generally had to permit long-term part-time employees to make elective deferrals if the employee had worked at least 500 hours per year with the employer for at least three consecutive years and had met the minimum age requirement (age 21) by the end of the three-consecutive-year period. The act reduces the three-year requirement to two years, effective for plan years beginning after Dec. 31, 2024.

The act permits beneficiaries of Sec. 529 college savings accounts to make direct trustee-to-trustee rollovers from a Sec. 529 accounts to a Roth IRA without tax or penalty. The Sec. 529 account must have been in existence for more than 15 years at the time of the rollover, and aggregate rollovers cannot exceed $35,000. Rollovers are also subject to the Roth IRA annual contribution limits. The change is effective for distributions made after Dec. 31, 2023.

The act amends the Employee Retirement Income Security Act (ERISA) to allow plans to establish short-term savings accounts as part of an individual account plan on behalf of an eligible participant. Such accounts will be Roth accounts of up to $2,500 with no minimum contribution or account balance requirements that allow for withdrawal or distribution of the account balance, at least once a month, at the participant’s discretion. Such distributions will not be subject to Sec. 72(t) 10% additional tax for early withdrawals.

The act amends Sec. 72(t) to allow domestic abuse victims to take distributions of up to $10,000 (adjusted for inflation after 2024) from a qualified retirement plan without being subject to the 10% additional tax for early withdrawals. “Domestic abuse” includes physical, psychological, sexual, emotional, or economic abuse by a spouse or domestic partner. Employees or participants can self-certify that they qualify for the exception. The provision is effective for distributions made after Dec. 31, 2023.

Penalty-free retirement plan withdrawals for individuals with a terminal illness

The act amends Sec. 72(t) to allow individuals with a terminal illness to take distributions from a qualified retirement plan without being subject to the 10% additional tax for early withdrawals. Employees or participants will need a physician’s certification to qualify for the exception. A terminally ill person is defined as someone who has an illness or physical condition that can reasonably be expected to result in death 84 months or less after the date of the certification. The provision is effective for distributions made after Dec. 31, 2023.

Any amount of a qualified disaster recovery distribution that an individual must include in income will be included ratably over a three-year period.

The provision applies to distributions with respect to disasters for which the incident period begins on or after Jan. 26, 2021 (30 days after the enactment of the Taxpayer Certainty and Disaster Relief Act of 2020, P.L. 116-260).

The provision is effective for distributions made after Dec. 31, 2023.

Elimination of 10% additional tax on corrective distributions of excess contributions

The act provides that earnings attributable to excess contributions to an IRA that are returned by the due date for the taxpayer’s return for the year (including extensions) are exempt from the Sec. 72(t) 10% additional tax.

The act repeals the 25% premium limit for qualifying longevity annuity contracts (QLACs). It also increases the dollar limitation on premiums from $125,000 to $200,000.

The act makes changes to facilitate joint and survivor QLAC benefits, and it creates a “free look” period, allowing the rescission of the QLAC contract by the employee within 90 days.

Under the act, inadvertent overpayment of retirement plan benefits will not result in noncompliance with plan requirements merely because the fiduciary, in the exercise of its discretion, does not seek recovery of the overpayment from participants or beneficiaries.

The act mandates the creation of a retirement savings lost-and-found online searchable database to be managed by the Department of Labor. The database must be established within two years of the date of enactment of the act. The database will allow individuals to search for plans and the contact information of the administrator of any plan in which they are a participant or beneficiary.

The act allows sole proprietors (i.e., an individual who owns the entire interest in an unincorporated trade or business and who is the only employee of that trade or business) to make an elective deferral under a 401(k) plan during the period before the time for filing the individual’s return for the tax year (determined without regard to any extensions) ending after or with the end of the 401(k) plan’s first plan year, and the deferral will be treated as having been made before the end of the plan’s first plan year.

Surviving a spouse’s election to be treated as an employee

In the case of an employee who dies before RMDs have begun under an employer-provided qualified retirement plan, and who has designated a spouse as sole beneficiary, the act allows the designated beneficiary surviving spouse to elect to be treated as if the surviving spouse were the employee for purposes of the RMD rules of Sec. 401(a)(9). The IRS will prescribe the time and manner for making the election. This provision is effective for calendar years after 2023.

The act amends Sec. 401(a) to allow retirement plans to make “qualified long-term care distributions.” Under this provision, up to $2,500 can be distributed to purchase long-term care insurance.

The act makes catch-up contributions under Sec. 401(k), Sec. 403(b), or Sec. 457(b) plans subject to mandatory Roth tax treatment, except those made by participants whose wages for the preceding calendar year do not exceed $145,000, as annually indexed for inflation. That means these contributions will be made on an after-tax basis and qualified distributions will generally be excluded from income when made.

The act disallows a charitable deduction for an otherwise-qualified conservation easement contribution that is made by a partnership, S corporation, or other passthrough entity if the amount of the contribution exceeds 2.5 times the sum of each partner/member’s relevant basis in the contributing entity.

The act also creates a safe harbor to allow taxpayers to correct easement deed language regarding extinguishment clauses and boundary line adjustments. The IRS is directed to develop safe harbor language for this purpose.