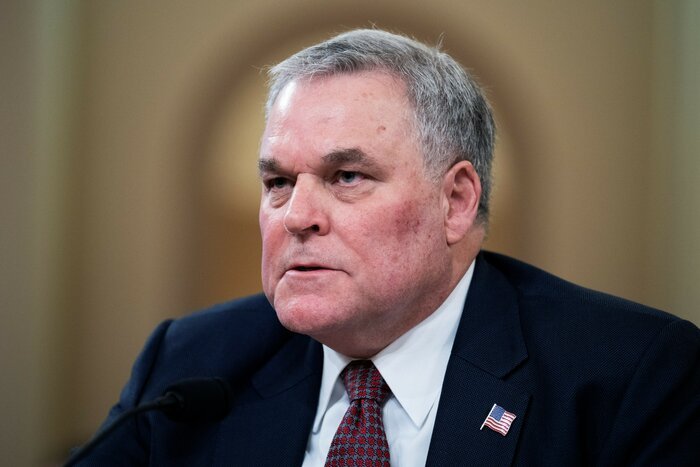 Internal Revenue Service Commissioner Chuck Rettig is promising not to use the nearly $80 billion his agency will be receiving over the next 10 years to increase audits of small businesses or taxpayers who earn less than $400,000.

The Inflation Reduction Act, which President Biden signed into law Tuesday, allocates $79.6 billion to the IRS over the next 10 years. However, despite claims that the money will be used to hire 87,000 new IRS agents to audit taxpayers, Rettig is pledging to spend the money on other priorities.

“These funds will help us in many areas, including adding important resources for our tax enforcement, taxpayer service, and technology,” he said. “The act also includes a wide range of tax law changes that we will have to implement very quickly. This proposal creates opportunities for the nation’s tax system in areas where we are challenged, helping us with needed resources to address large corporate and global high-net-worth taxpayers as well as pass-through entities and multinational taxpayers with international tax issues. To ensure fairness in the system, we need sophisticated, specialized teams in place that are able to analyze complex structures and identify noncompliance.”

He insisted the money would not be used to audit lower-income taxpayers. “These resources are not about increasing audit scrutiny on small businesses or middle- or lower-income Americans,” said Rettig. “As we’ve been planning, our investment of these enforcement resources is designed around the Treasury Department’s directive that audit rates will not rise relative to recent years for households making under $400,000.”

He noted that other resources would be invested in hiring, training, and IT systems that will allow the agency to better serve all taxpayers, including small businesses and those seeking help with their taxes, and it will help the agency to continue its efforts to help people who are more comfortable using a language other than English understand and meet their tax obligations.

On Wednesday, the IRS made available the instructions for Form 8821, the tax information authorization form, in traditional Chinese. The agency also updated its priority guidance plan, with plans for updating its regulations and guidance to reflect statutory changes, including legislation predating the Inflation Reduction Act.

There are many other priorities for the IRS right now besides increasing tax audits. “They have to get more agents, but they have to put them in other places too,” said Todd Simmens, technical practice leader of tax policy and legislation at Top 10 Firm BDO USA. “They’ve got to get folks to process returns, answer phone calls — lots of those things that are just not happening right now.”

Treasury Secretary Janet Yellen sent a memo Wednesday to Rettig giving him six months to put together a plan for how the agency will use the extra funding (see story). However, Rettig’s term is set to end in November, and it isn’t clear yet who will succeed him.

Rettig indicated Tuesday that any changes won’t happen right away. “Given the scope of the bill, keep in mind these changes will not be immediate,” he said. “It’s a 10-year plan, and it will take time to put these provisions into place. Make no mistake, we have a lot of hard work in front of us to deliver on the high expectations this historic funding will provide. But I have great confidence IRS employees are up to the task — and will deliver for the nation as they have countless times before in the history of our agency.”