IRS Criminal Investigation Had a 90% Conviction Rate in FY 2022 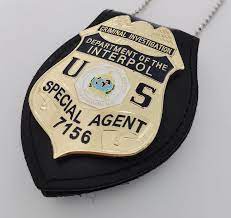 IRS-CI carried out more than 2,550 criminal investigations during its most recent fiscal year, according to a report.

IRS Criminal Investigation initiated more than 2,550 criminal investigations, identified more than $31 billion from tax and financial crimes, and obtained a 90.6% conviction rate on cases accepted for the prosecution during the fiscal year 2022, according to the IRS-CI FY22 Annual Report released on Thursday.

The report details significant criminal enforcement actions from the past fiscal year, which began on Oct. 1, 2021, and ended on Sept. 30, 2022.

“The cases the IRS-CI team investigated over the past fiscal year touch multiple continents and require cooperation with partners around the globe. This is why IRS-CI continues to cement itself as the preeminent law enforcement agency investigating financial crimes on a global scale,” said IRS Commissioner Chuck Rettig.

In FY22, IRS-CI expanded partnerships with foreign counterparts to help combat tax and financial crimes on a global level. IRS-CI special agents delivered training in countries like Argentina, Germany, Colombia, and Palau on topics ranging from cybercrime to human trafficking. IRS-CI Mexico City, after changes to Mexico law that enabled the extradition of tax fugitives, launched an initiative to identify fugitives who had absconded to Mexico and nearby countries. This initiative resulted in the location of 79 criminal fugitives and the apprehension of eight during the first year.

IRS-CI joined Taskforce Kleptocapture in March 2022 to target Russian oligarchs and other sanctions evaders. It also worked with the Chiefs of Global Tax Enforcement (J5) to identify potential sanction evaders or sanctioned assets as part of a global strategy to deter Russia’s aggression. As of September 2022, the agency had identified nearly 50 individuals and entities for potential sanctions-related enforcement.

IRS-CI’s 2,077 special agents spent about 70% of their time investigating tax-related crimes like tax evasion and tax fraud during FY22, while nearly 30% of their time was spent on money laundering and drug trafficking cases. Special agents identified over $31 billion from tax and financial crimes, and the agency seized assets valued at approximately $7 billion in FY22. IRS-CI is the only U.S. federal law enforcement agency that focuses 100% on financial investigations.

“Our team follows the money,” said IRS-CI Chief Jim Lee. “We’ve been doing it for more than 100 years, and we’ve followed criminals into the dark web and now into the metaverse. Tax and other financial crimes know no borders. If you violate the law and end up in the crosshairs of an IRS-CI special agent, you are likely going to jail.”

The IRS-CI Cyber Crime Unit, with assistance from U.S. authorities, traced billions of dollars of Bitcoin stolen from Bitfinex, a cryptocurrency exchange, after a 2016 hack. This led to the February 2022 arrest of Ilya Lichtenstein and his wife, Heather Morgan, for alleged conspiracy to launder stolen cryptocurrency. IRS-CI special agents lawfully seized and recovered more than 94,000 stolen Bitcoin, which was valued at over $3.6 billion at the time, marking the largest seizure in U.S. history.

The Tampa Field Office investigated Michael Dexter Little for tax-related crimes. He was sentenced to 19 years and six months in federal prison in January 2022 for conspiracy to commit wire fraud, conspiracy to commit money laundering, and aggravated identity theft. Little also had to forfeit at least $12.3 million, traceable to his offenses. He filed a series of false tax returns, claiming massive, bogus fuel tax credits. He filed the false returns in his own name and the names of co-conspirators, as well as identity theft victims. He obtained at least $12.3 million in fraudulent tax refunds and attempted to obtain at least $27 million more. Little and his co-conspirators used scheme proceeds to purchase real estate and other assets for themselves.

The Oakland Field Office investigated Jeff and Paulette Carpoff for running a billion-dollar fraud scheme centered around DC Solar. Investors were duped into investing in DC Solar based on fake financial and engineering reports, and the money was used to fund the Carpoffs’ lavish lifestyle, which included a NASCAR sponsorship, ownership of a minor league baseball team, luxury real estate, and more. The federal government seized and auctioned off 148 of the Carpoffs’ vehicles to recoup more than $8 million for scheme victims. In November 2021, Jeff Carpoff was sentenced to 30 years in prison, and in June, Paulette Carpoff was sentenced to 11 years in prison.

The report also includes additional case examples for each U.S. field office, an overview of IRS-CI’s international footprint, details about the specialized services provided by IRS-CI, and investigative statistics, broken down by discipline, for FY 2022.