Inflation remained near a 40-year high in April. Here’s where consumers plan to cut spending 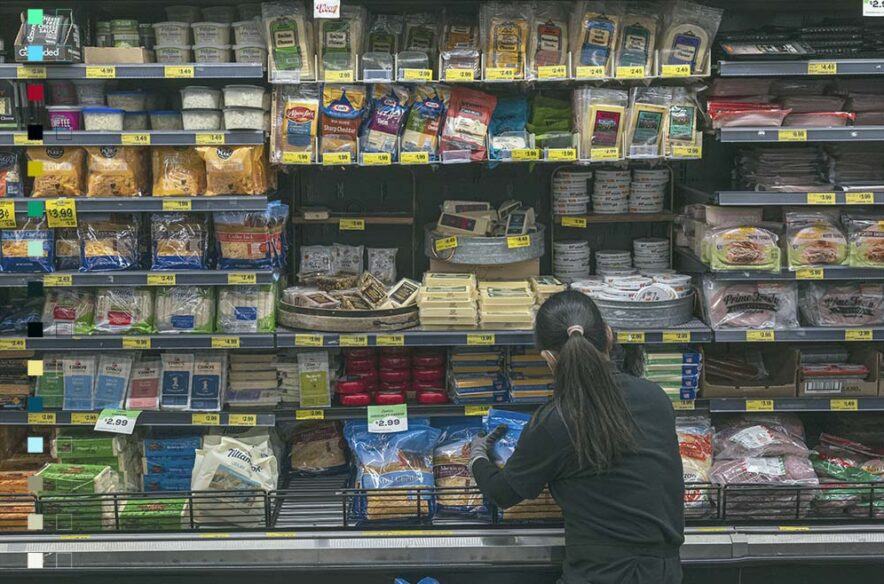 Inflation is still on the rise, prompting consumers to change their shopping habits to keep up.

While the reading was a slight decline from the 8.5% increase seen a month prior, it still represented inflation near a 40-year high.

“The pace of price increases moderated, but not as much as expected,” said Greg McBride, chief financial analyst at Bankrate, in a note. “Excluding a decline in energy prices — which appears outdated by this point — the increases remain widespread.

“With the annual rate ticking down from 8.5% to 8.3%, it can be tempting to say we’ve seen the peak, but we’ve also been head-faked before as was the case last August.”

If price pressure continues, more than 50% of adults say they’ll cut back spending on dining out and will consider reducing that further, according to the CNBC + Acorns Invest in You survey, conducted by Momentive. The online survey of nearly 4,000 adults was taken on March 23-24.

People are also cutting back on driving and subscriptions and some are canceling vacations, the survey found.

Rising prices on the mind

Even though inflation overall wasn’t as high in April, there was some bad news. The reading was higher than estimated, and core inflation, which strips out the volatile prices of food and energy, was also higher than anticipated.

That means many Americans are now spending more on essentials, making their budgets tighter without any change inhabits. People are noticing these hikes and paying closer attention. Nearly half of all adults said they think about rising prices all the time, while 55% of those with annual household incomes of $50,000 or less are constantly checking costs, the CNBC survey found.

“Having your eyes focused on your spending is always a good strategy,” said Susan Greenhalgh, an accredited financial counselor who runs Mind Your Money in Hope, Rhode Island. “You really can’t understand what’s happening with your money unless you’re really looking at it and measuring it.”

Keeping track of what you spend can also help you tailor where you can cut back, she said, as inflation hits everyone differently. If you’re someone who doesn’t eat out much but is getting pummeled by gas prices at the pump, reducing driving will probably help your budget more than skipping a few dinners at a restaurant.

It’s also important to be watching and comparing your spending month to month because prices are rising so quickly. You may have to adjust more frequently than you’ve had to in the past.

“The No. 1 goal is, no matter what, to protect the necessities, and that is food, shelter, basic transportation, and basic medical,” Brown said.

How to combat inflation

Inflation may continue to run hot, squeezing budgets even further. More than 75% of adults said they’re worried higher prices will force them to rethink their financial choices, the survey found.

The impact will be the harshest on those with the lowest incomes who may be pushed into survival mode, said Brown. For those struggling to cut spending, even more, she also said to reach out to creditors and lenders to see if you can put off payments.

Some people may also qualify for programs to assist with utility bills, which could help with monthly costs, Brown said. It may also be time to dip into emergency savings to cover your essential costs if you need to, she added.

Those with higher incomes will also have to adjust, especially if they want to keep saving at the same rate as they were before inflation ticked up, Greenhalgh said.

Of course, if your budget is stretched too thin, cutting back on savings may have to happen to avoid debt. If that’s the case, both Brown and Greenhalgh suggest putting away smaller amounts consistently to keep yourself in the habit of saving.