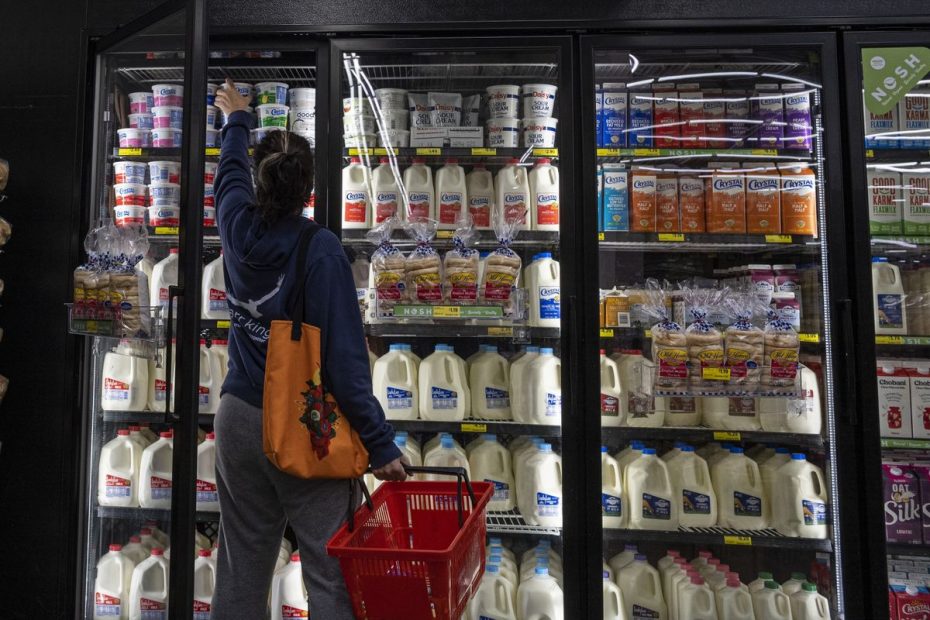 Beneath the latest global market disruptions are clues that the Federal Reserve is making slow but sure progress in its bid to curb the excesses of this inflation-addled business cycle.

Ever-tightening financial conditions and the draining of stock-market froth suggest Wall Street is taking the Fed’s hawkish stance seriously, a development that should eventually help cool the expansion. Meanwhile falling market-derived inflation expectations constitute a rare win for monetary officials on a mission to convince Americans that price pressures will ease soon enough.

It’s not all good news, clearly. Amid the stock slump, big retailers are seeing their earnings weaken as the inventory build-up grows. While that may suggest a shift in spending habits from goods to services — easing supply-side bottlenecks — any softening in demand from the American consumer would hurt the business cycle, just as US rate hikes kick in.

Yet for all that, a case can still be made that the central bank is able to pull off something of a soft landing despite the recession alarms. Here’s a rundown.

Saddled with what Powell has described as “famously blunt” tools to reduce inflation, the Fed can do nothing to repair supply chains or expand energy and food production. The best it can hope for is that demand will ebb, for both physical goods and speculative assets. Signs are emerging that at least that is beginning to happen.

While April’s consumer-price index reading showed few signs of an imminent peak, inflation expectations may have passed the high-water mark. A market-based gauge of longer-term inflation that’s favored by Fed policymakers because it strips out near-term developments has shown a notable retreat this month. The so-called five-year, five-year forward measure was at 2.19% Wednesday, against 2.49% at the end of last month. That’s the biggest tumble in this measure of annual inflation expectations since 2011.

“There is still more progress to be made in bringing inflation expectations down to resonate with the Committee’s target, but current valuations are at least in the realm of acceptable from the central bank’s perspective,” Ian Lyngen, head of U.S. rates strategy at BMO Capital Markets, wrote in a note Tuesday. “The market is showing some faith in Powell’s inflation-fighting creditability.”

At least one corner of the market reflects that faith. Exchange-traded funds tracking Treasury inflation-protected securities have posted outflows of $2.1 billion this month, according to data compiled by Bloomberg.

US financial conditions, a multi-input measure of stress across equity markets and fixed-income, are also leaning in the Fed’s favor. A Bloomberg measure has compressed to -0.86, near the tightest levels since 2018, excluding 2020’s coronavirus shock.

The fall in equity values has reduced the net worth of the investing masses, something that could reduce consumption through so-called wealth effects. What’s more, the financial-conditions gauge is hovering near levels that previously saw Powell back away from his tightening plans.

Yet no such olive branch is expected this time. That’s because Powell has repeatedly emphasized that markets are a mechanism through which monetary policy reaches the real economy, and should be expected to tighten as the Fed raises rates.

“Tighter financial conditions themselves are a clear success story for the Fed — it is the only way they can reduce inflationary pressures,” said Seema Shah, chief strategist at Principal Global Investors. “For frothier markets specifically, this clearly wasn’t the Fed’s aim, but the Fed will have been clearly aware that these companies were more vulnerable to their tightening process.”

While the broad-based drawdown in equity indexes has helped narrow financial conditions, the speculative stock fringes have borne the brunt of the selloff. While the S&P 500’s 17% slump so far this year has the benchmark on the brink of a bear market, a Goldman Sachs Group Inc. basket of nonprofitable technology companies has plunged nearly 55% over that span.

That’s a stark contrast to the halcyon days of 2020 when rock-bottom interest rates and trillions of dollars worth of stimulus boosted the unprofitable tech basket to gains of more than 200% versus the S&P 500’s 16% climb. Now, a year after Powell acknowledged that markets were “a bit frothy,” that excess is being drained.

Amid the selloff, there’s reason to think that the economy’s red-hot momentum is starting to cool. After breaking into negative territory last week, Citigroup Inc.’s economic surprise gauge — which measures the magnitude to which reports either beat or miss forecasts — hit the lowest level since around September 2021 on Wednesday.

While high-profile warnings about an impending US recession have grown louder over the past few weeks, a big chunk of the Fed’s goal is to tap the brakes on economic growth to take the edge off inflation, said Bespoke Investment Group’s George Pearkes. With that perspective in mind, the slowdown in surprises is positive.

“It’s evidence that the economy is not running as hot as we thought it would prior to their effort to slow it down,” said Pearkes, global macro strategist at Bespoke. “So in that sense, it’s a win.”