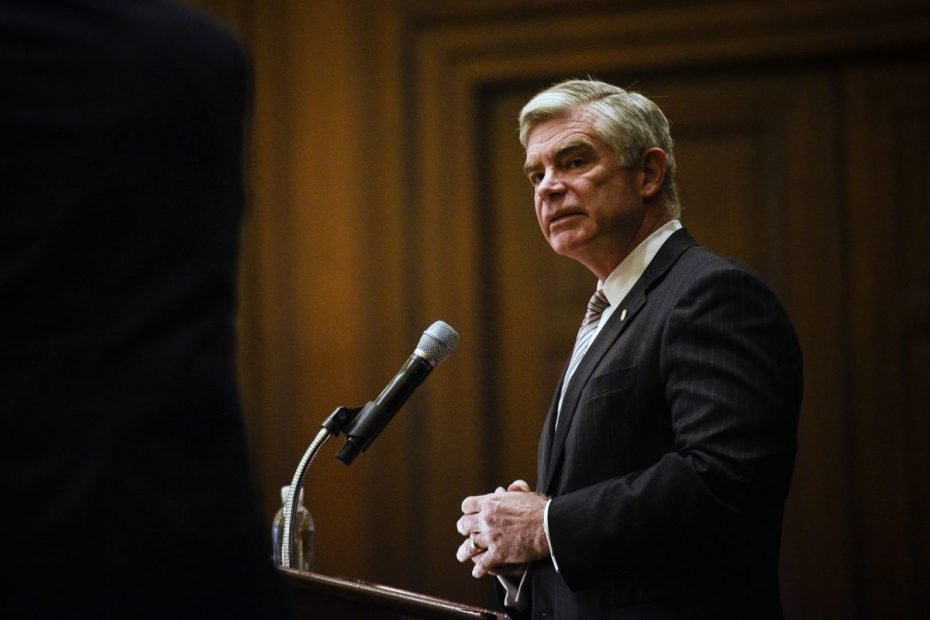 Federal Reserve Bank of Philadelphia President Patrick Harker said officials are likely to raise interest rates to “well above” 4% this year and hold them at restrictive levels to combat inflation while leaving the door open to doing more if needed.

“We are going to keep raising rates for a while,” Harker said Thursday in remarks prepared for an event with the Greater Vineland Chamber of Commerce in Vineland, New Jersey. “Given our frankly disappointing lack of progress on curtailing inflation, I expect we will be well above 4% by the end of the year,” before pausing hikes sometime next year, he said.

Policymakers are expected to roll out a fourth straight 75 basis-point rate increase when they meet in early November. Investors also see them doing the same thing in December and anticipate the Fed bringing rates to a peak of around 5% early next year, according to the pricing of futures contracts.

Harker, who doesn’t vote on monetary-policy decisions this year, said the Fed will base its decisions on economic data and remain “flexible on policy,” tightening more next year if needed.

“If we have to, we can tighten further, based on the data,” Harker said. “But we should let the system work itself out. And we also need to recognize that this will take time: Inflation is known to shoot up like a rocket and then come down like a feather.”

Harker said he sees the unemployment rate rising as high as 4.5% next year before falling to 4% in 2024. It was 3.5% in September, according to the Labor Department.

On inflation, Harker sees the personal consumption expenditures price index, the Fed’s preferred inflation metric, coming in at around 6% this year, 4% next year, and 2.5% in 2024.

“What we really need to see is a sustained decline in a number of inflation indicators before we let up on tightening monetary policy,” he said.