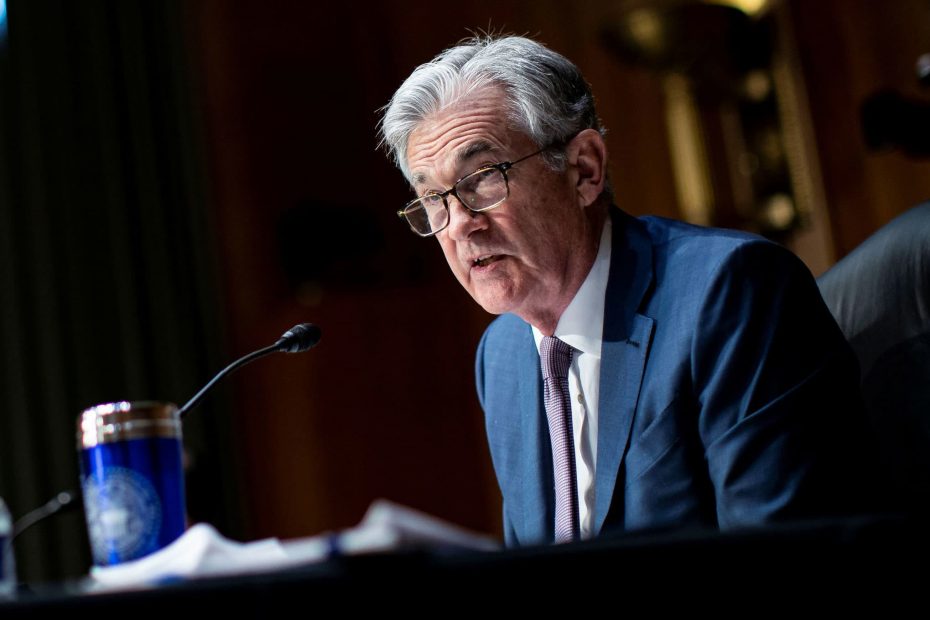 NPR’s Leila Fadel talks to Stephen Cecchetti, professor of
international finance at Brandeis University, for a preview of
Powell’s testimony which follows the Fed’s biggest rate hike since
1994.

Inflation is also the focus of lawmakers today. They’re questioning
Federal Reserve chairman Jerome Powell. Last week, the Fed announced
its biggest interest rate hike in almost 30 years to try and get
inflation under control. But could it go too far and trigger a
recession? Professor Stephen Cecchetti of Brandeis University joins me
now to discuss.

FADEL: So today is the first of two congressional hearings this week
for the Fed chair. As NPR’s Scott Horsley reports on this program,
he’s going to have some explaining to do, including about how
inflation got this high. So in your view, what should Powell’s key
message be in his testimony?

CECCHETTI: Well, I think the key message for the chair should be that
they are going to be able to control inflation. And I think what
that’s going to mean is that he should really have to – he really has
to set out a plan and make people believe that they can get this done.

FADEL: How much of the inflation, the rising prices, is actually in
the control of the Fed?

FADEL: Right. And now Powell’s walking into the testimony after one of
the biggest interest rate hikes in history, as I mentioned. Is that
enough to get things back on track to change this inflation?

CECCHETTI: Well, I think that probably the answer is not yet. It turns
out that monetary policy is almost surely still accommodated. It’s
still stimulating the economy. And so the question is whether or not
they’re willing to go far enough.

FADEL: How far is far enough?

CECCHETTI: Well, they need to get to the point where at least interest
rates are above inflation. And currently, I would say that the
inflation trend – not the short-run movements in inflation, but the
trend – the built-in parts are in the 4% to 5% range if they don’t do
anything. So that means raising interest rates above 4% and probably
above 5%.

FADEL: Now, Powell has said it’s not going to be easy to get inflation
down. How does he maintain or restore confidence that the Fed can
actually do something to help Americans who are hurting when it comes
to renting, gas prices, and food prices?

CECCHETTI: Well, I think that he needs to set out a credible plan. He
needs a communication strategy. And he needs a policy path that –
makes people believe that they can actually do this. But it will take
time.

CECCHETTI: It’s not something that they can do overnight.

FADEL: Now, in your view, this interest rate hike might not have gone
far enough. But when will we know whether this rate hike has been
effective at all?

CECCHETTI: Well, I think when we start to see inflation coming down –
and again, not coming down from the 8% levels that we’re seeing right
now, which are largely transitory. I mean, it is – food and energy
prices, especially, are not going to continue to rise at the rates
that they have been over the last three or four or five months. But we
need to see inflation come down below 4% to 5%, which is its trend
level now. And to do that, the question is whether we’re going to
actually need a recession.

FADEL: Now, Powell says a recession is not inevitable. Do you agree?

CECCHETTI: It’s not inevitable. But it’s going to – they’re going to
have to be – or we will all have to be incredibly lucky for them to be
successful in bringing inflation down without a recession. I think
they’re certainly going to have to slow the economy. Whether or not we
actually end up contracting or not, I don’t know. I mean, the labor
market right now is extremely tight. So it could ease somewhat. I
mean, vacancies are still running above people who are seeking jobs.
So we have to do something in order to cool the economy down.

FADEL: Now, in a recession with inflation, who suffers the most in this country?

CECCHETTI: Well, I mean, I think that the people that suffer the most
are clearly the people that are at the lower end of the income
distribution and people who are on fixed incomes. Inflation is hurting
them already because their consumption baskets are more heavily
weighted towards food and energy, as well as rent, and their incomes
are not rising.

FADEL: So is there something the Fed can do to protect those who will
hurt the most, people with less money, who will be most impacted by
these rising prices and a possible recession?

CECCHETTI: That’s not really something that’s in the Fed – that the
Fed can do. They don’t have any tools for that. That’s something that
– where we have to rely on fiscal policymakers, where – what we need
is we need a safety net for those people, a safety net that’s based on
things like food stamps or – and Medicaid and things like that.

FADEL: So some type of direct transfer, subsidies, some way to get
them through this?

FADEL: What happens if the Fed fails to get inflation down?

CECCHETTI: Well, that’s going to hurt everybody. I mean, the – price
stability, inflation in the range of about 2%, is the basis for
sustained growth. And so I think that we really need to get inflation
down. It will benefit everyone. It makes everything much more
predictable for us. It makes planning easier. And it just makes our
lives simpler.

FADEL: Professor Stephen Cecchetti of Brandeis University. Thank you so much.