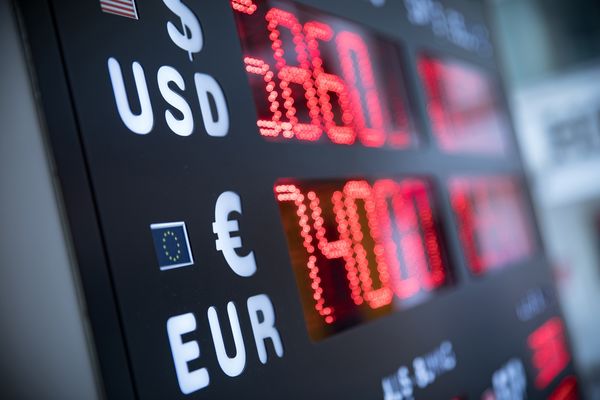 A gauge of the dollar’s strength rallied to a record high Thursday as Treasury yields climbed, while the yen slumped past the key 140 level for the first time since 1998.

The moves came as data showing a steadying picture for US manufacturing and jobless claims spurred a selloff in bonds as traders looked increasingly confident that the Federal Reserve might implement another jumbo-sized hike of 75 basis points later this month. All eyes are now on the upcoming jobs report on Friday.

The Bloomberg Dollar Spot Index, which tracks the currency against a basket of developed- and emerging-market peers, climbed as much as 0.9%. The prior record for the index, which goes back around 18 years, came in July following hotter-than-expected inflation data. The dollar-yen pair rose as much as 0.9% to 140.22.

“If it’s these deeper, more stable flows that are underneath the dollar strength, we could get a pullback tomorrow, but it would be shallow,” said Greg Anderson, global head of currency strategy at Bank of Montreal. He still sees some potential for the greenback to go higher.

The rally in the dollar is causing a fresh bloodbath across currencies around the world. The British pound extended a five-day decline and briefly traded below $1.15 for the first time since March 2020. The Chinese yuan — both onshore and offshore — were down for a third straight week.

The yen has tumbled against the greenback this year — the worst performer among the Group-of-10 currencies — with the Bank of Japan keeping rates pinned to the floor even as the Fed hikes aggressively to contain sky-high inflation. Due to its reliance on energy and food from overseas, the Asian nation has seen its import costs soar, adding to headwinds for an economic rebound.

The Japanese currency’s continued slide puts pressure on the consensus between a central bank determined to stoke inflation and a government desperate to avoid a cost-of-living crisis.

Some analysts have said a move past 140 could trigger government intervention, though economists have repeatedly pointed out the high risk for Japan of any failed attempt to prop up the yen. The last time it used such a strategy was during the Asian financial crisis of 1998 when the currency reached around 146 to the dollar. It had previously intervened at levels around 130.

Meanwhile, the greenback’s gains this year have been fueled by a combination of higher central bank interest rates, haven buying, and global growth concerns. Deteriorating economic outlooks in China and Europe alongside geopolitical concerns surrounding skyrocketing gas prices and Russia’s ongoing war in Ukraine have only helped strengthen the greenback in recent weeks.

“Even though the US economy contracted in the first half, the strength of the labor market defies recession talk, and emboldens the Federal Reserve to continue to lift rates and accelerate the unwinding of its balance sheet,” wrote Marc Chandler, chief market strategist at Bannockburn Global Forex.

Uncertainty around whether the Fed will raise its policy rate by 50 basis points or 75 basis points in September has caused the dollar to see several dips and gains over the past month as the bond market has reacted to and sifted through varying economic data points and Fed comments.

The most recent leg higher came as 10-year Treasury yields soared as much as 10 basis points to 3.29% on Thursday.