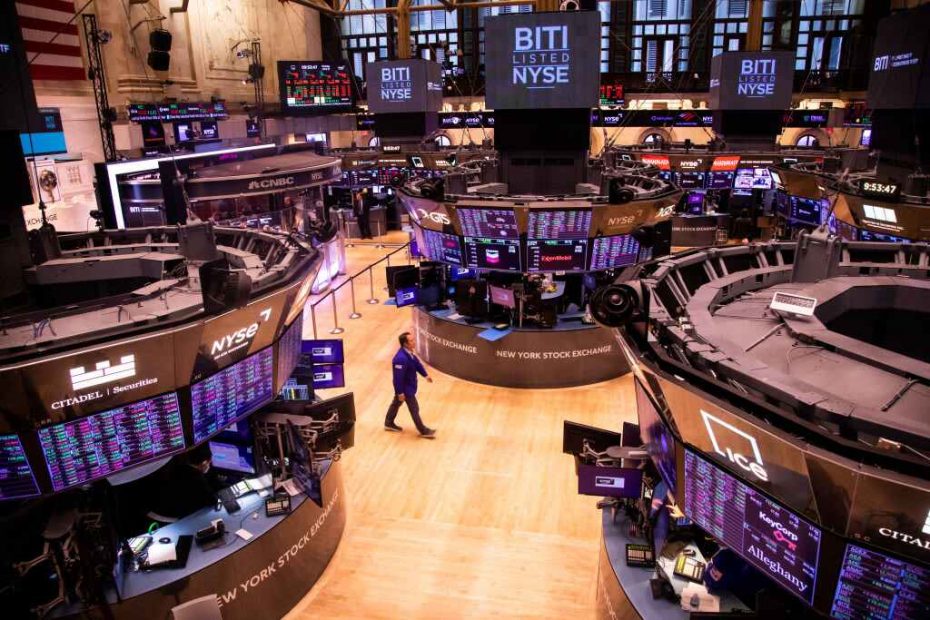 Was it good or bad this week when Alphabet Inc. told investors that advertising demand that helped swell its top line 50% in two years is starting to soften?

Was it good or bad this week when Alphabet Inc. told investors that advertising demand that helped swell its top line 50% in two years is starting to soften? Depends on what you mean by bad, and rarely has an argument over definitions meant more for markets and the economy.

Obviously, it was bad for the Google parent’s shareholders, who saw $70 billion erased in a stroke. Tech bulls at large took a bath, with the Nasdaq 100 slumping 2.3% Wednesday. And the news didn’t help anyone hoping the economy will avoid a recession, given the famously forward-looking aspect of the ad market.

But those audiences aren’t everyone. Another is people worried that inflation remains beyond any means of subduing it. They include Jerome Powell, whose Federal Reserve is doing everything it can to put a brake on spiraling prices.

For them, a case can be made that bad corporate news has started to become good — or at least a necessary evil — when taken as a signal of cooling demand, something that’s ultimately a positive for economic stability and, one day, markets themselves. It’s a role long played by macro data points — a weak GDP print, for instance, can sometimes spark a market rally — but rarely by micro ones.

“It’s a feature, not a bug,” Art Hogan, chief market strategist at B. Riley, said by phone. “Nobody ever wants to live in a world where bad news is good news, but the bad news we just received from some of the biggest market-cap companies in the S&P 500 was necessary. It’s necessary to say things are slowing down — the Fed’s rate hikes must be working.”

As much as investors love a good earnings report, Corporate America’s cash machine has disproportionately fueled the inflationary boom. A study by Josh Bivens, director of research at the Economic Policy Institute, found that as price pressures were cranking up in 2021, fattening company profit margins accounted for more than half the increase. Labor costs contributed less than 8% — a flip of the dynamic that held from 1979 to 2019.

That investors should pay a price for the world’s larger problems has been a recurrent theme of 2022. The Fed’s campaign against inflation threatens the economy, and sanctions against Russia sent energy markets into spasms — few tears were cried when stocks suffered in the aftermath.

A similar dynamic is starting to take hold in what had previously been a bastion of hope for the equities set — earnings. Almost a quarter of companies reporting results this season have missed estimates, high by historical standards, data compiled by Wells Fargo’s show. The estimates themselves also reflect serious pessimism being built into assumptions. As recently as May, third-quarter earnings for companies in the S&P 500 were forecast to rise by 9.7%. The expected gain was 2.5% last week.

Convincing investors that the associated battering is good for humankind is a tall order. Pain has rarely been worse for anyone holding companies whose earnings fall short, with the average punishment running north of 4% this earnings season, the worst in a decade.

At the same time, the past last week’s market contours, with a little twisting, could fit a thesis saying earnings travails were seen as something other than bad news by the broader population of investors. Bond yields fell over the five days, with one of the bigger swoons occurring around the time Amazon reported, and both the Dow industrials and an equal-weight version of the S&P 500 rose sharply.

“It maybe be unpleasant, but the reality is some might consider it a necessary evil,” said John Stoltzfus, chief investment strategist at Oppenheimer & Co. “The Fed wants to slow the economy and that’s why the market’s up instead of down. I think that’s it.”

Microsoft Corp. posted its weakest quarterly sales growth in five years, hurt by a strong US dollar, which has surged in the wake of the Federal Reserve’s interest-rate hikes. Alphabet said advertising growth for its Google subsidiary was crimped by inflation. Amazon.com Inc. projected weaker sales for the holiday quarter as it contends with consumers cutting spending amid economic uncertainty. And Texas Instruments Inc. — whose chips go into everything from home appliances to missiles, and which is seen as an indicator of demand across the economy — declined after its forecast fell short of analyst estimates.

From a company perspective, the bad news isn’t great, but it can be seen more positively from an economic perspective, says Anthony Saglimbeni, global market strategist at Ameriprise, because it means that the Fed is having an effect on cooling the economy.

“From a profitability standpoint for S&P 500 companies, they want to navigate that as best they can,” he said in an interview at Bloomberg’s New York headquarters. “That will be harder to do the more economic activity slows.”