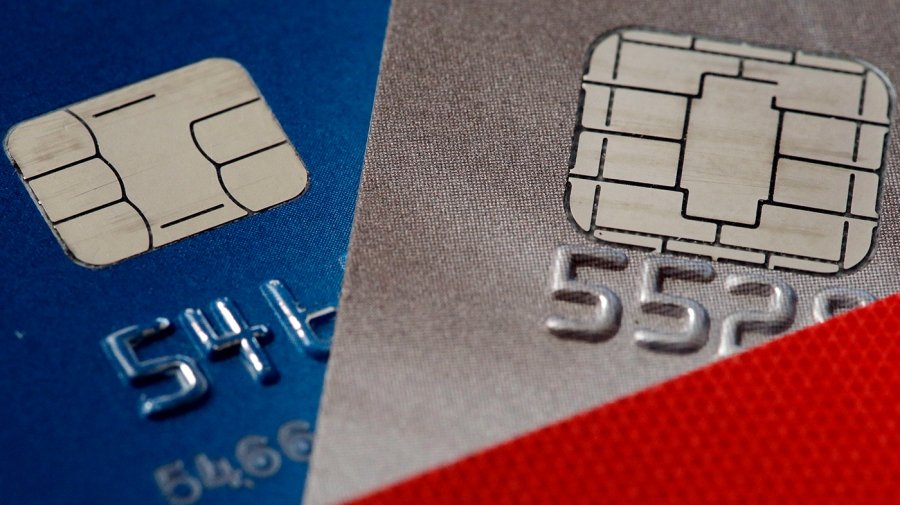 Card balances are rising at a time when consumers may find it harder than ever to pay them down. Credit-card interest rates hit 20 percent in late 2022, according to the Federal Reserve, the highest level in nearly 30 years of tracking.

To buy now and pay later is a classic consumer impulse.

The nation’s collective credit-card balance totals $925 billion, according to LendingTree. That’s just below the historic record of $927 billion, set in pre-pandemic 2019.

“When grocery and gas and utility costs are going up, it’s not like you can cancel them like a Spotify subscription,” Schulz said.

Over the past three years, according to a NerdWallet analysis, median income has grown by 7 percent, while consumer costs have risen by 16 percent.

A December survey by U.S. News & World Report asked consumers to give the main reason for their credit-card debt. The most common response was “increased costs coupled with insufficient income.” Large numbers of respondents cited unexpected expenses, medical emergencies, job loss, and car repair. Only one-tenth of those with credit-card debt blamed their balances on frivolous spending.

“The pressure people are feeling from rising costs at the grocery store or gas pump, it creates this situation where people are using more of their income even though they’re not consuming more,” said Bruce McClary, a senior vice president at the nonprofit National Foundation for Credit Counseling. “The things that they typically buy are costing more.”

The other group, smaller but growing, carries credit card debt from one month to the next. In the U.S. News survey, 15 percent of respondents reported card balances of $10,000 or more.

At current interest rates, a five-figure credit-card balance can cripple a household budget.

A household with an average credit-card debt of $7,486, as measured by NerdWallet, and an average interest rate, of 20.4 percent, would have to spend $695 a month to retire the debt in 12 months, according to an online interest calculator.

And what if the family can afford only $200 a month? Then it will be paying off the balance for five years. By the time the debt is repaid, assuming a constant interest rate, the family will have spent $4,239 on top of the $7,486 it actually borrowed. And all of this assumes the family never uses the card again.

Credit-card rates are rising along with interest rates generally. The Federal Reserve raised interest rates by more than 4 percentage points in 2022, one of the most dramatic money-tightening campaigns in U.S. history, to tamp down inflation.

The rate hikes pushed mortgage rates to their highest levels in more than a decade, around 7 percent.

Credit-card rates range much higher than mortgage rates. Lenders want to make a profit, and they issue cards to consumers with a wide range of credit scores, with an attendant risk that some customers will default on the debt.

As recently as 2016, average card rates hovered in the 13 to 14 percent range: high but not like today. At the start of 2022, the average credit card came with a 16 percent interest rate. By year’s end, the average topped 20 percent.

Many card customers —43 percent in one recent survey — don’t know how much interest they are paying.

“I have several cards of my own, and I couldn’t tell you the rates on any of them,” said Sara Rathner, a credit-card expert at NerdWallet. “When you pay your bills in full on time every month, it’s not an issue.”

Lenders generally market credit cards less on interest rates and more on “rewards,” offering perks such as small quotients of cash returned to the consumer on certain purchases, credits toward airplane travel, or “points” that might be redeemed for any number of goods or services.

“When you look at the credit card company marketing materials, what do you see? You see the rewards,” said Rodney Sullivan, executive director of the Richard A. Mayo Center for Asset Management at the University of Virginia’s Darden School of Business. “They’re front and center, always.”

Credit-card customers, too, tend to dwell more on rewards than rates. In the recent Bankrate survey, 36 percent of cardholders cited rewards as the best feature of their card. Only 10 percent cited a competitive interest rate.

“You definitely see a lot of people get seduced by rewards because they are seductive,” Rathner said. “And a lot of them are aspirational.”

Flight attendants roam airplane aisles and offer applications for cards that might one day yield a free first-class ticket to Rome.

“Humans, by our nature, love rewards,” Sullivan said. “We love getting benefits.”

Credit card rewards can deliver meaningful benefits to the cardholder who makes a lot of charges and pays the balance off every month. Fail to retire the debt, however, and the game quickly turns against the player.

“Those rewards,” Sullivan said, “are not going to be worth the 20 percent interest that you’ll be paying.”