88% of employers offer a Roth 401(k) — almost twice as many as a decade ago. Here’s who stands to benefit 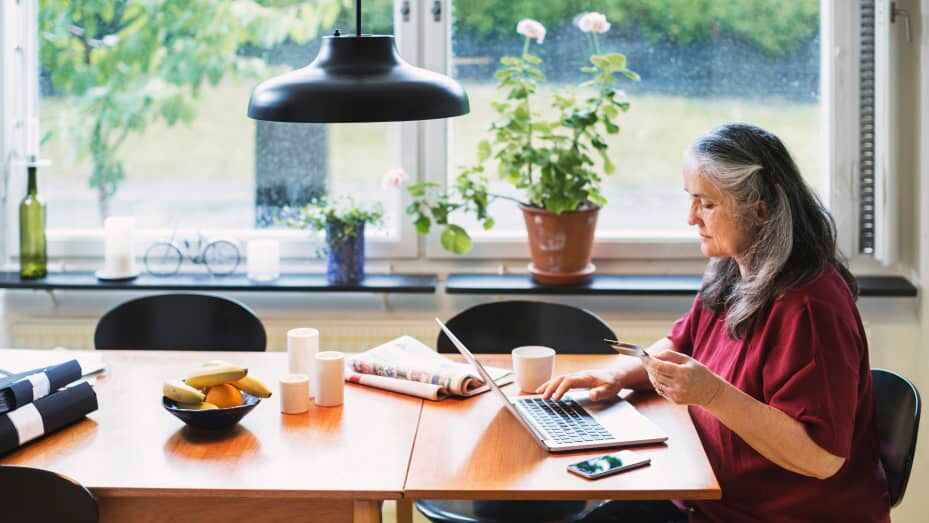 A Roth is a type of after-tax account. Workers pay taxes upfront on 401(k) contributions, but investment growth and account withdrawals in retirement are tax-free. This differs from traditional pre-tax savings, whereby workers get a tax break upfront but pay later.

Roth uptake by employees has grown, too. Almost 28% of workers participating in a 401(k) plan made Roth contributions in 2021, up from 18% in 2016, according to the PSCA. By comparison, 80% of participants made traditional, pre-tax contributions. (Workers can opt to use either or both.)

Awareness of the benefits of Roth accounts has grown over time among employers and employees, who may be pressuring businesses to add the option, Greenan said.

Education efforts of employers about Roth tax benefits have also likely helped, particularly at smaller companies, where the share of 401(k) participants saving in a Roth account jumped to 51% in 2021 from 42% in 2020, she said.

Public awareness of Roth savings may have further grown last year as Democratic lawmakers weighed rules to rein in the use of such accounts as tax shelters for the rich. A ProPublica article outlined how billionaires like PayPal co-founder Peter Thiel used Roth accounts to amass vast wealth.

Ultimately, those Roth restrictions for the wealthy — initially part of the Build Back Better Act, a multitrillion-dollar package of social and tax reforms — didn’t make it into Democrats’ final legislation, the Inflation Reduction Act, which President Biden signed into law in August.

Congress is weighing tweaks to Roth rules as part of retirement legislation known as Secure 2.0. One measure would require catch-up contributions (for people age 50 or older) to be made as Roth. Another provision would let participants choose a Roth option for employer-matching contributions.

Yet despite the growing attention given to the Roth 401(k), there are many reasons why the overall share of 401(k) investors making Roth contributions remains relatively low.

Further, employers that match 401(k) savings do so in the pre-tax savings bucket. Higher earners may also mistakenly think there are income limits to contribute to a Roth 401(k), as there are with a Roth individual retirement account.

Roth 401(k) contributions make sense for investors who are likely in a lower tax bracket now than when they retire, according to financial advisors.

That’s because they would accumulate a larger nest egg by paying tax now at a lower tax rate.

It’s impossible to know what your tax rates or exact financial situation will be in retirement, which may be decades in the future. “You’re really just making a tax bet,” Ted Jenkin, a certified financial planner and CEO of oXYGen Financial, recently told CNBC.

However, there are some guiding principles for Roth.

For example, Roth accounts will generally make sense for young people, especially those just entering the workforce, who are likely to have their highest-earning years ahead of them. Those contributions and any investment growth would then compound tax-free for decades. (One important note: Investment growth is only tax-free for withdrawals after age 59½, and provided you have had the Roth account for at least five years.)

Some may shun Roth savings because they assume both their spending and their tax bracket will fall when they retire. But that doesn’t always happen, according to financial advisors.

There are benefits to Roth accounts beyond tax savings, too.

For example, savers who roll their Roth 401(k) money to a Roth IRA don’t need to take the required minimum distributions. The same isn’t true for traditional pre-tax accounts; retirees must pull funds from their pre-tax accounts starting at age 72, even if they don’t need the money. (Savers with a Roth 401(k) also must take RMDs.)

Roth savings can also help reduce annual premiums for Medicare Part B, which are based on taxable income. Because Roth withdrawals are considered tax-free income, pulling money strategically from Roth accounts can prevent one’s income from jumping over certain Medicare thresholds.

Some advisors recommend allocating 401(k) savings to both pre-tax and Roth, regardless of age, as a hedge and diversification strategy.