5 Areas Where US Seed Funding Is Strong In 2022 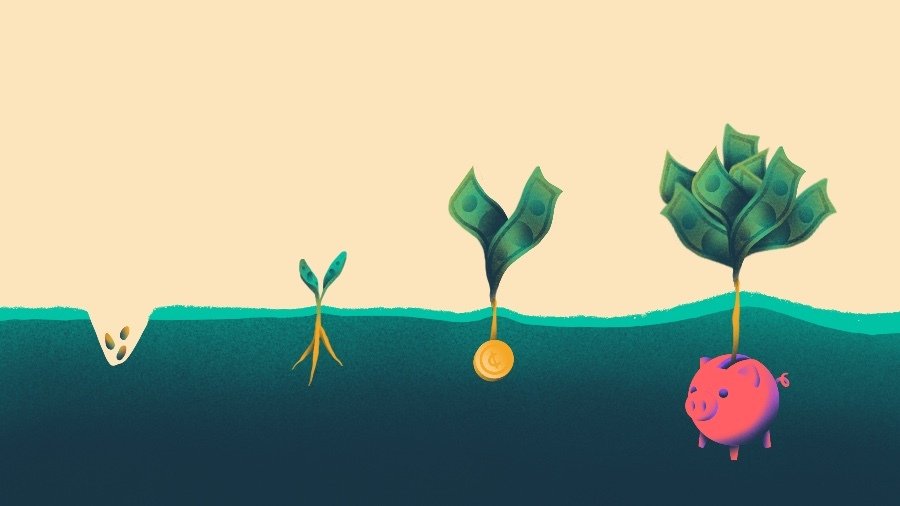 In a typical month, a couple of hundred American companies disclose
sizable seed funding rounds. And every few quarters, Crunchbase News
has made it a habit to peruse those rounds to see what trends we can
glean.

This time around, we looked at nearly 1,000 U.S. seed and pre-seed
rounds of $500,000 and up announced in 2022. And, as usual, funded
companies covered an extraordinarily broad range of businesses, from
virtual world fashion to pods that can grow plants in space.

Yet, even amid all this abundant variety, some popular investment
themes stood out. We take a look at five of them below:

The people who invest in futuristic visions seem to think we’ll be
spending more time and money in virtual worlds. In particular, they’re
putting some large bets on companies that describe themselves as
metaverse-focused.

We identified at least nine self-described metaverse companies that
raised good-sized seed rounds so far this year. The largest funding
recipient is Space Runners, a developer of metaverse fashions with an
early focus on sneakers. The company pulled in $10 million in a March
seed round.

Other funded startups include Cyber, a developer of showrooms for
digital collections that raised $6.7 million, and Mirror World, a
producer of virtual worlds featuring what it describes as “AI-powered
virtual beings” that closed on $4 million.

NFT-related headlines are full of bad news lately. To wit, The Wall
Street Journal recently published a piece with an opening line
stating: The NFT market is collapsing.

The numbers certainly look discouraging. Sales volumes a few weeks ago
were reportedly down 92% from their September peak. And past
valuations aren’t holding up. An NFT of the first tweet from Twitter’s
Jack Dorsey, for example, went up for auction this year and received
no bids above $14,000, despite selling for $2.9 million in March 2021.

Nonetheless, seed investors haven’t ended their love affair with all
things non-fungible token-related. “NFT” is one of the most popular
description terms in 2022 seed-funded startups, with at least 26
pulling in rounds of $500 million and up.

The largest funding recipient—Yuga Labs, creator of the Bored Ape
Yacht Club NFT collection—raked in a whopping $450 million. Although
the company and funding round might seem too large to qualify as seed,
in reality, Yuga is a very young company, founded last year.

Other sizable funding recipients include CryptoSlam, an aggregator of
NFT collectibles data that landed $9 million, and Stakes, a sports
prediction game for NFTs that raised $5.3 million.

A lot of startups seem to think we could do a better job keeping our
brains healthy, engaged, and high-performing. Still, others are
exploring neurostimulation, next-gen wearables, and supplements to
perk up our cranial activities.

Whatever their particular focus, seed-stage startups focused on brain
fitness, therapy and stimulation seem to be attracting plentiful seed
investor interest so far this year.

Per Crunchbase data, the largest seed recipient for 2022 along these
lines was Inner Cosmos, a Northern California-based developer of
brain-computer interfaces for treating depression. The company, which
says it is developing a penny-sized device that can go under the skin
and rebalance brain networks using “imperceptible micro-stimulations,”
raised $10 million in a March financing.

Another big seed round of $8.1 million went to BrainLuxury, a maker of
supplements to optimize brain performance. And Earable, a developer of
wearables for sleep health that employs neuro-stimulation, raised $6.6
million in a January seed round. For a more complete list of
brain-related 2022 seed rounds.

Alternative protein has been a popular area for seed funding for
several years now, and it continues to rank as a top category.

One of the larger rounds, about $12 million, went to a 3-year-old
company, Change Foods, which is relatively mature by seed standards.
The startup uses microbes and precision fermentation to produce cheese
that melts and tastes like the real thing.

Another intriguing company in the plant-based meat sector is Black
Sheep Foods, which sells a vegetarian alternative to lamb. And in the
crop science space, NuCicer raised $4.5 million for ultra-high protein
varieties of chickpeas.

Whether we’re out-of-shape couch potatoes or competitive athletes,
most of us could benefit from coaching and fitness tools to help up
our game.

Luckily, a plethora of seed-funded companies is aiming to do just
that. Offerings vary from AI-enabled personal training to customized
home workouts to underwater entertainment.

Altis, an AI personal trainer, snagged $10 million across two seed
rounds this year, per Crunchbase data. Zygo, meanwhile, pulled in $4.5
million for a headset swimmers can wear to listen to music and audio
content while swimming. Kabata, a maker of “smart dumbbells” for
weight training, bulked up with $2 million.

So where is our future headed?

Looking at seed funding in aggregate gives us a small sense of where
futuristically minded investors think we are headed.

If we read into recent trends, we might come away with a take like
this: In the future, we will spend more time in more elaborate virtual
worlds, in which companies will find ever more elaborate ways to
monetize our time and attention.

Meanwhile, back in the physical world, we will attempt to keep our
earthly bodies in more fit condition by further relying on digital
technology—somewhat ironic, given that the same digital technology is
also keeping us on the couch.

We’ll be able to maintain a tasty, protein-rich diet that’s less
dependent on animal agriculture. And, our brains will remain in better
working order with the help of supplements and neurostimulation.

Overall, it’s not the most horrific vision. However, the overall image
is that humanity will be moving further away from the basic life
skills of our cave-dwelling, hunter-gatherer forbearers.

Of course, we’ve moved pretty far from that already. Today, the
battery of basic life skills for many of us—think e-filing taxes,
microwaving frozen meals, and paying the power bill—would be
unrecognizable to our distant ancestors. Inevitably, we can expect
that a few generations from now, our way of life will look rather
primitive too.