2023 brings lots of news to the IRS while keeping one problem: backlogs 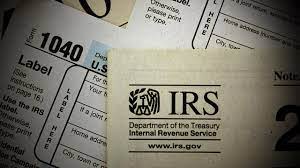 The new year promises many changes for the IRS, including a new commissioner (nominated, at least) and billions of dollars to spend with just two months left to develop a plan for spending it.

And one big and old problem: a backlog of mail and a backed-up phone system that leaves taxpayers and practitioners on hold and frequently drops the call even after a long wait.

First up: the approximately $80 billion that Congress budgeted for the IRS to spend over the next decade as part of the Inflation Reduction Act, P.L. 117-169. Over half — almost $46 billion over the 10 years — is slated to go toward enforcement, with almost $3.2 billion budgeted for taxpayer services.

In a letter dated Aug. 17, 2022, Treasury Secretary Janet Yellen gave the IRS six months — so until Feb. 17, 2023 — “to produce a six-month operational plan detailing how these resources will be deployed over the course of the next decade.”

The plan should include how to improve taxpayer service, modernize technology, and increase the pursuit of tax evasion by the wealthy, along with details on how resources will be spent on technology, service improvement, and personnel, Yellen wrote. The plan must include metrics, she wrote.

“And it will require the agency to modernize: first, to fully resolve the inventory backlog and make significant improvements in taxpayer services; second, to overhaul an information technology system that is decades out of date and invest in training employees so they can identify the most complex evasion schemes by those at the top; and third, to replace the attrition that is on the horizon from the expected retirement of at least 50,000 IRS employees over the next five years,” Yellen wrote.

When National Taxpayer Advocate Erin Collins released her midyear report to Congress in June, she said the IRS received about 73 million phone calls during the 2022 filing season, with just one in 10 calls reaching a Service employee. She also said that as of the end of May, the IRS had a backlog of 21.3 million unprocessed paper tax returns, an increase of 1.3 million over the same time last year.

The U.S. Government Accountability Office issued a report on Dec. 16 that found the IRS delivered poor customer service and delayed tax refunds because of backlogs that have lasted for three years and the need to hire more staff.

Dealing with the phones vs. the mail has been a trade-off for the IRS. From January to September 2022, the Service reduced its prior-year backlog of taxpayer correspondence from about 5 million to about 400,000, the report said.

Its strategies to accomplish this included reassigning staff from answering phones to processing mail, but that contributed to the IRS’s answering less than one in five calls during the filing season.

In response, Melanie Krause, IRS acting deputy commissioner for Services and Enforcement, wrote that the Service has “implemented many new, innovative strategies to improve our overall level of service and processing of our unprecedented current and projected inventories.

“The pandemic presented the IRS with a confluence of novel and critical demands at a time when we lacked the stable, long-term funding needed to appropriately serve the American people. Given these significant challenges, although we may not have always met our goals for timeliness or the level of service available to meet demand, our employees have worked extremely hard to respond as best we could to a never-ending string of compounding challenges. With the recent infusion of long-term funding provided by the Inflation Reduction Act of 2022, we are diligently working to ensure our level of service returns to and exceeds pre-pandemic levels in the upcoming 2023 filing season.”

In October, the IRS began a pilot program that is meant to thwart line-jumping services that let those practitioners who pay a fee to a private company move ahead in the phone line so they can get their tax questions answered more quickly.

The program requires callers to the Practitioner Priority Service (PPS) line to repeat phrases before being transferred to an IRS customer service representative. This pilot uses speech recognition to help ensure a live person is calling and not a mechanical device.

Within two months, practitioners once again could not get calls answered on the PPS line.

“The IRS Practitioner Hotline is worse than ever,” one practitioner wrote in an email to the AICPA. “It is impossible to get through at any time of the day. They make you solve a puzzle every time you call, hang up on you if you do happen to get on hold, and make it impossible to solve client issues. This is outrageous.”

And that’s how the IRS will be judged as it spends the $80 billion, said Howard Gleckman, an analyst with the Urban-Brookings Tax Policy Center.

“There’s going to be a lot of people who are really unhappy if they still can’t get their phone calls answered after Congress gave the IRS $80 billion,” Gleckman said in an interview with The Hill.

Collins has pushed hard for the IRS to establish callback technology that allows taxpayers and practitioners to get calls returned by the IRS rather than waiting on hold.

She has not made headway on this — will a new commissioner be the one who brings the IRS up to the same callback standards as airlines use?

A new name likely will be on the office door of the IRS commissioner in the coming year. President Joe Biden nominated Danny Werfel, the acting IRS commissioner in 2013, to replace Charles Rettig, whose term ended in November. In between, the IRS has been led by Acting Commissioner Douglas O’Donnell.

It will be up to Werfel to lead the agency through the skepticism that Republicans, who now control the House, have expressed about the IRS and its infusion of new money as well as the myriad other issues facing the Service, especially the backlog of paper and the inability to reach the IRS on the phone.

By late October, the IRS had hired 4,000 new customer service representatives and plans to hire another 1,000 to be trained to field taxpayers’ questions on the phone and provide other services during the 2023 tax season.

Many of the new hires will be in place for the start of the upcoming tax season, the IRS said. Almost all of them will complete training by Presidents Day 2023 (Feb. 20), which the IRS said is when the largest number of taxpayers call for help.

Less than a month later, the IRS said it was seeking over 700 new employees to help taxpayers at Taxpayer Assistance Centers across the country.